Bitcoin is currently hovering around $42k after the bears couldn’t pull the index further down during the last 24 hours. The largest cryptocurrency by market capitalization is trying to recover from the recently set multi-month low of around $39.6k but bears keep pulling back and continue to make significant moves. Altcoins on the other hand remained largely steady earlier today in the face of an uncertain BTC. More on that later on.

In other news, North America is still the place to beat when it comes to crypto adoption around the world. According to a recent survey by Arcane Research, the North American trading hours still dominate the trading market overall despite losing some value to other areas in recent years. More on that later on.

Crypto ATMs across Singapore have suspended their services in anticipation of further crackdown by the government. The move came after a series of anti-crypto moves in the small Southeast Asian country. They include banning crypto ads in public spaces and restricting the use of certain digital currencies. It remains to be seen whether this is a long-term policy by the government or just a knee jerk reaction.

Another survey shows that over 67% of all Canadians desire to get paid in crypto by 2027. The recent research by Capterra shows that slowly, but surely, the general trend towards crypto is changing and they are being viewed as genuine assets of the present and future rather than a novel concept.

According to a Bloomberg analyst, Bitcoin can reach $100k in 2022 provided it transitions from a risk-on asset to a risk-off one. This means that the closer the digital currency gets to become a store of value like Gold, the higher its chances of succeeding and posting a new all time high, perhaps as high as $100k.

Top EU securities regulator is suggesting a Proof of Work (PoW) crypto mining ban in the special economic zone. The move will essentially place a ban on Bitcoin mining in the region. The suggestion was made after several ill-advised concerns about the extent of Bitcoin mining’s effects on the environment.

The government of Iran is looking to demonstrate a Central Bank Digital Currency (CBDC) concept soon. The country will soon become among the pioneers in the world to trial a central digital currency after China and a few smaller examples.

Microsoft is looking to make aggressive entries into the metaverse industry with probably the biggest acquisition of the last few years. The big tech company is closing in on acquiring Activision Blizzard studios, the company who is at the forefront of gaming and metaverse development.

Major chipmaker Intel is close to revealing a new Bitcoin mining chip called Bonanza Mine in the next IEEE conference. The ASIC mining hardware will be the latest to be developed.

Bitcoin is currently hovering around $42k at press time. It had an overall slow day as neither the bulls nor the bears were able to make a significant move throughout this time.

The last 24 hours started with the digital currency at around $41.7k. It immediately rose to around $42.3 and stayed there for a few hours before being pulled back below to as low as $41.2k starting at 4:30 AM. However, the move below didn’t last as well as the digital asset recovered back to $42k and has stayed around that valuation till press time.

Moving forward, Bitcoin recently posted a multi-month low of around $39.6k and is looking to break out from it but is failing to do so. The bulls looked to recover but have faded away and now bears are slowly gaining back control.

The total market capitalization of Bitcoin was around $792 billion and its share of the proceedings were 40.35%.

Other cryptocurrencies aka altcoins remained largely steady throughout the day. Binance Coin (BNB, 2%) and Terra (LUNA, 3%) were the major gainers of today.

The North American region that includes Canada, the USA, Mexico and many Central American countries were the mainstay of the crypto trading volume, reporting as much as 43%, Arcane Research reports.

The rest of the world only has 57% of the 24-hour volume according to this research which shows the imbalance. Mondays and Tuesdays are especially the busiest days in the North American market. 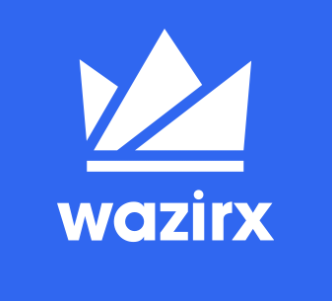 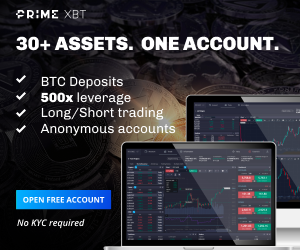